Windows PC users throughout the ages have faced the dreaded “Bluescreen of Death” commonly referred to as the BSOD.  Just like “Murphy’s Law” the reviled BSOD has a bad habit of occurring at the worst possible time, almost as if it knew you were working on that critical Word document or PowerPoint for tomorrow’s meeting… Anyone who has used a PC for any length of time has faced this blue-faced tragedy and it has many causes but there are ways to fix it. 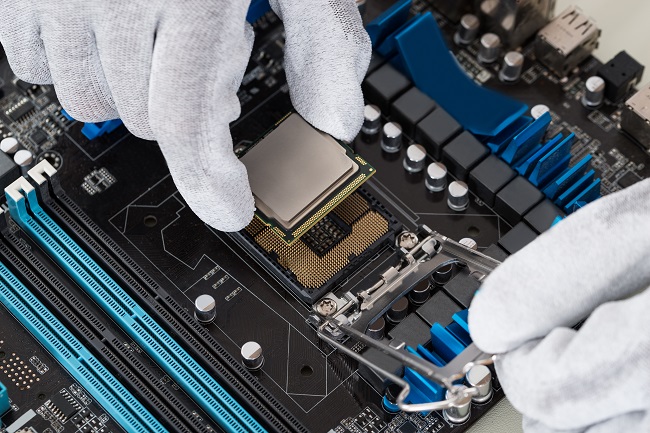 What can one do to fight this digital specter of the Windows age?

Like a detective, sometimes you have to pay attention to the clues. What were you doing when it happened? Has it happened more than once? Where you using the same program when it happened?  Have you recently installed a new program or perhaps a new piece of hardware?  Just like anything in this world that BSOD came about because something changed in a bad way.  Something that Windows or the faulting application had no idea how to handle and hence you get a bluescreen that says “uh-oh.”

It’s all about software…

Even if you installed a new piece of hardware it still comes down to software or in this case a small piece of software known as a “driver.”  Drivers are what allow Windows to talk to hardware in your system and since software is made by imperfect human beings it often has “bugs” in it.  For example, let’s say you were scanning a document and the bluescreen happened.  You might want to look for an updated driver for that scanner.  Scanning for viruses when it happened?  Could be that last antivirus software update or maybe even a virus that doesn’t want to be found. Did you add new memory to that computer?  Perhaps it’s not performing well or just isn’t compatible.  Trace your steps and you can figure out the mystery.

We hope you found this helpful and if so there’s plenty of other topics we can help demystify or solve for you.  Just feel free to contact us.

You have made the decision to venture into the world of building a gaming PC. Good for you! The task may seem daunting at first however, building your own PC is a fun and rewarding experience. Now that the decision to tackle a DIY build has been made, you may be wondering where to begin….

When shopping for laptop replacement parts online there are a few things to consider. If you are currently looking for parts and cannot find them at a local computer hardware store and shopping online is your only option then follow these five tips to avoid the worst problems. 1. Never pick the cheapest option. When things…

So, your laptop took a fall but seems fine until you turn it on at which point you notice a black and white spider web running across the screen. Now you are unable to see a thing and your screen is basically useless and your productivity on that laptop has just evaporated. If it’s within…

The safety and health of our customers and employees is our top priority. We’re taking preventive measures to keep each PC Geeks location clean and maintain a healthy environment. If you’re having issues with your computer, please don’t hesitate to let us know. The safety measures listed on the CDC’s website are very important as…

Whether you have a laptop or desktop, you may come to use this device on a daily basis. The possibilities are nearly endless when it comes to what you can do with the computer. For instance, you can browse the web, work, pay bills, take online classes, and more. While your computer should not run…

If you work on your computer all day long, or use it often for enjoyment, then you most likely have a bond with it. So, when you notice things starting to go wrong with it, you start to worry. But there is no need for you to fear when you have a good computer repair company….