Has your computer been performing poorly lately? Is it slow and unmanageable, to the point where it is sometimes practically unusable? Or, perhaps, is it too slow to run some of the programs you would like to use, like editing software and video games? If so, it might be time for a new Central Processing Unit- “CPU” or “processor” for short. A common allusion is that the CPU is the “brain” of the computer, because it is where the main calculations are performed. The motherboard is the central part of the computer and is designed to be compatible with a specific CPU brand and type through the use of a compatible “socket.” 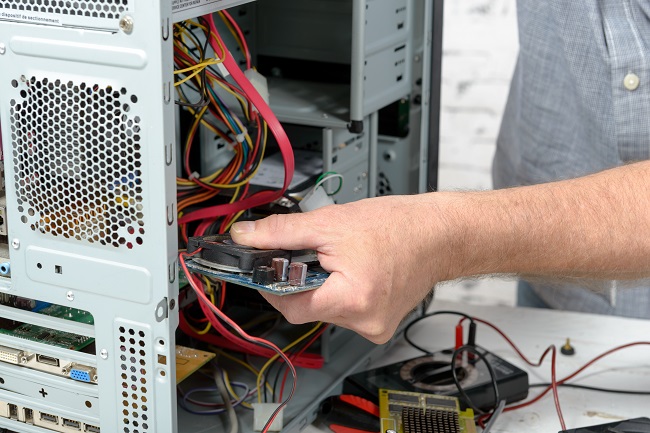 There are three major aspects that you should consider before you can upgrade your computer’s processor. The first aspect is what CPU type is supported by your motherboard, the second is what you will be using the computer for, and the third is what your budget for the upgrade will be. What type of CPU you can select depends upon these three major factors!     Firstly, you must consider what your computer supports: this depends on the socket type of your motherboard, which is the specific type of interface between the processor and the rest of the computer. The two major PC CPU manufacturers are Intel and AMD, and these manufacturers use separate standards for CPU sockets. For example, if you are planning on getting an AMD Ryzen 5 2600X CPU, you would require a motherboard compatible with the Ryzen CPUs, which would mean one using the AM4 socket. On the other hand, if you were planning on using an Intel i7-8700, you would need a motherboard using the LGA1151 socket.

Second, you need to consider what the machine you are upgrading or building will be used for. For example, if the machine is going to be used for something relatively light, such as internet browsing, you could get by with a lower end, more inexpensive CPU, like an Intel i3 or an AMD Ryzen 3. However, if you are planning on using the computer for more demanding tasks like gaming or photo and video editing, you will need a more powerful, higher end CPU, such as an Intel i5 or higher or an AMD Ryzen 5 or higher.

Finally, you will need to consider what your budget is for the parts you need to replace. Lower end CPUs like the Intel i3 or AMD Ryzen 3 are typically around $150 or below, while higher end CPUs like the Intel i5 and i7 series or AMD Ryzen 5 and 7 series are usually upwards of $180. It is also important to note that these prices do not account for fluctuations in costs or the cost of a motherboard. Generally the CPU will be more expensive than the motherboard, but it is still a good idea to get the best motherboard option you can afford, as better motherboards are more effective, more reliable, and include more features. Furthermore, a CPU replacement and upgrade is relatively simple, but having to replace or upgrade a motherboard is more complicated and can require significantly more work!

Selecting upgrades for your computer can often be confusing and stressful, but we are here to help! Do you want advice on selecting a processor, or do you want your new upgrades installed professionally by our qualified technicians? Contact us at one of our locations!

Particularly with desktop and laptop computers, there can be a number of different culprits your computer performance to be behave sluggishly.  Steps can be taken to isolate the problem, although in most cases it’s generally recommended allowing professionals to fix the issue due to the risk of making the problem worse or outright wrecking the…

It is imperative to be more careful with your computer during summer because it can overheat and get damaged. Here are the essential care tips. Avoid Direct Sunlight If you decide to work from outside, you should keep your computer away from direct sunlight. Direct sunlight can damage the computer components and hinder the device…

Modern day computers are really the sum of their parts.  As a result, sometimes deciding which component to upgrade first requires some deeper questions to be answered to make the right decision.  These questions really revolve around how you use your computer. The BIG question: Upgrade the Processor or RAM? Let’s consider this scenario. You…

The advent of the Internet brought new focus to the advantages of computer networking services. When systems are connected, they can share data and enrich the experience for all of us. Wireless technology and mobile devices allow us to bring that connectivity with us anywhere. The behind-the-scenes configuration that makes all of this ease of…

Summer is the ideal time to review whether all your PCs are receiving the airflow and proper cooling they require. Doing so will greatly reduce one’s chances of experiencing failure in any number of the heat-sensitive components that comprise a PC. 1. Hibernate When Not in Use Adjust the setting so a PC will go…

An old computer tends to show its age. It can take forever to load up your web browser and not to mention the long boot up times. But there are steps you can take to breathe new life into an old computer. A word of caution: some of these methods involve opening up your desktop…