In just a little less than nine months, Windows 7 will finally reach end-of-life status. The sad reality is that the OS will no longer be supported unless users are willing to cough up some cash to upgrade to Windows 10. As a result, if you’re running the OS, chances are good that new hardware will not have the support it needs. 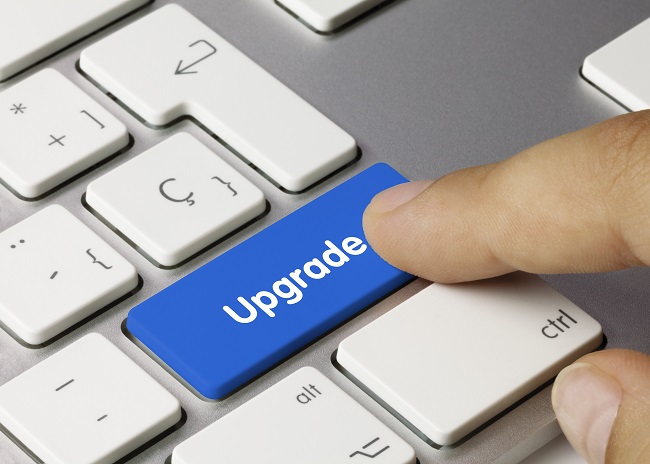 A (Not So) Gentle Reminder

For those old enough to remember, when Windows XP was nearing its final run, Microsoft implemented a popup screen that would let the user know they needed to upgrade their OS. This ‘nag’ screen would provide users with the opportunity to upgrade or learn more about what to expect when the operating system reaches end-of-life.

Unsurprisingly, Microsoft plans on implementing these little bundles of joy to encourage users to upgrade to Windows 10 starting in April. When users start to see these prompts, Microsoft at least gives them the option to silence them. Users will see a “do not notify me again” setting. Of course, with nearly a third of all Windows PCs still running Windows 7, it’s not likely that every user will upgrade before Microsoft stops supporting it.

While those using a single PC version can expect to see ‘nag’ screens, what isn’t known is whether commercial businesses will see them. It’s hard to imagine a scenario in which Microsoft doesn’t give admins the ability to turn the notifications off for end users, but the software giant has yet to define how this situation will be handled.

Additionally, Office 2010 will no longer receive support at the end of 2019. As both Windows 7 and Office 10 reach their respective ends-of-life, it might make sense for you to start migrating to newer versions. If so, take a moment to reach out to PC Geeks, who can help you along the way.

Although assembling a desktop PC from scratch is easier than ever before, thanks to increasingly standardized and simplified interfaces, there are still some essential factors that first-time builders tend to overlook. While building your first PC presents a great opportunity to learn more about hardware and operating systems, you’ll need to plan carefully and make…

Laptops are convenient gadgets. You can take them anywhere for work or personal use. However, even your most reliable laptop experiences problems occasionally, and laptop repair might be necessary. You don’t want to ignore the problems or attempt to fix them yourself if you’re not skilled at doing so. This leads to permanent damage to…

One of the first things that you will want to consider when planning to build your perfect PC is the form factor. The form factor is the size of your PC. For most desktop computers, you will be choosing between a standard ATX and a micro ATX form factor. There are even smaller standards, but…

Screen damage is more common than you might think. Laptops are meant for being able to take them on the go. As such, they get dropped, banged into things, and objects fall on them. If your screen becomes damaged, you can look at a screen replacement to save you a lot of money. Save Money…

It’s nearly every computer user’s nightmare. One minute they are humming along working on a project then the next minute they find their computer locked with a warning on the screen telling them that all their files have been encrypted. Only a payment (usually in Bitcoin) will allow them to access their documents again. The…

A computer is an essential component in the 21st century. Whether you use it for social media updates or work purposes, the truth is computers have taken over our lives. When we encounter problems with our computers, life usually comes to a standstill. It is human nature to try to fix things. However, with machines,…