Are you still using an older version of Windows, like 7 or even XP? If so, have you considered upgrading to Windows 10? While the window for free upgrades to Windows 10 for owners of Windows 7 and 8 has ended, there are a number of advantages that Windows 10 have over previous versions of Windows that make it well worth the cost of a license. 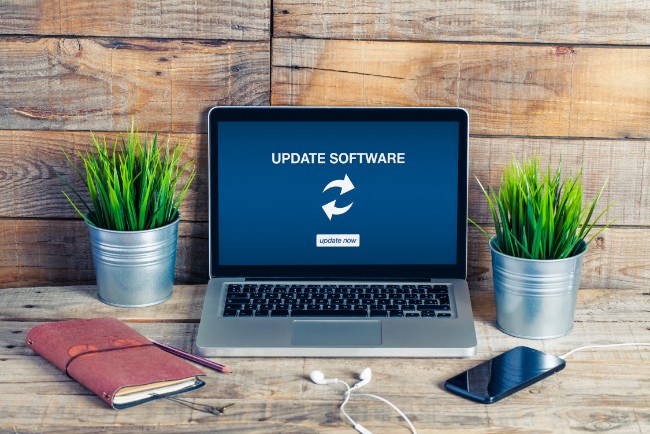 Reason #1 – More User Friendly (The Start Menu is Back!)

Windows 8’s removal of the ubiquitous Start Menu from other versions of Windows was disliked by many consumers, leaving a number of people to feel alienated. Many people preferred the older style start menu and felt that Windows 8 was too focused on bridging the gap between traditional keyboard-and-mouse-driven computers and touch-screen-based devices, and some even went so far as to install custom start menus! However, if you use Windows 10, you do not have to go through any of the hassle of implementing third party solutions. The Windows 10 start menu is compact, concise, and offers a clean and distinctly modern update of the old start menu. Overall, Windows 10 is the fastest, most efficient, and user-friendly version of Windows ever created, surpassing both Windows 7 and Windows 8 in delivering a much improved, more enjoyable overall user experience across a wide range of hardware platforms and processor types.

Windows 10 features “Fast Startup,” itself an upgraded version of “Fast Boot” from Windows 10. This works similarly to the “hibernate” shutdown option from older versions of Windows and works by storing currently running programs and data in your system RAM into a temporary file on your hard disk, which is loaded on your next system startup. This allows you to easily pick up where you left off when you last shut down your computer. This results in the computer booting up significantly faster, especially when coupled with an SSD or solid state disk drive. In general, Windows 10 is more efficient and faster, and Fast Startup is one of many ways in which this is true.

If you intend on playing modern video games with your computer, Windows 10 is an absolute must for two main reasons: newer and better hardware drivers and DirectX 12. DirectX 12 is the latest version of the Microsoft DirectX API, and features vastly improved performance over DirectX 11. It is significantly more efficient, which gives game developers a lot more freedom in making complex and detailed games at higher frame rates than would be possible with DirectX 11. Not to mention it also has full-fledged support for DirectX Raytracting, which is a ground-breaking new graphics technology allowing for hyper-realistic lighting effects and reflections unlike anything previously possible.

Windows 10 will be supported for years to come, in terms of both security updates and mainstream updates. On the other hand, mainstream support for both Windows 7 and 8 has already ended, and extended support for both will end in 2020 and 2023 respectively. This could leave your system more vulnerable later down the road if you do not upgrade.

Microsoft Edge, Microsoft’s preferred, built-in web browser for Windows 10, is a huge improvement over Internet Explorer. Much like Windows 10 itself, it is sleeker, faster, more stable, and more secure its predecessor. In addition to being the most secure browser available for Windows, studies have shown Edge to be significantly more efficient in terms of memory and battery usage than alternate browsers such as Google Chrome. This can be a critical factor in choosing browsers for mobile devices such as laptops.

Not only is Windows 10 is a massive improvement from previous versions of Windows, it is an absolute must-have if you are building a new Windows PC. New licenses of Windows 7 and 8 are no longer offered for sale by Microsoft or from authorized Microsoft resellers.

This means than any new computer you buy now will come with Windows come pre-installed with Windows 10 in one of two versions, Home or Professional. Most consumer-grade PCs are preloaded with the Home edition.

For comparison of the two versions, consult this chart from Microsoft.

And if you have an older Windows computer, it is imperative to upgrade now to Windows 10, not only to take advantage of the many improvements Windows 10 offers over its predecessors, but to guarantee that you have the stability and security of many more years of trouble-free computing.

Do you need help with your computer, like selecting the best version of Windows 10 for your needs and installing or upgrading it? Feel free to contact us at one of our locations, and we will provide professional assistance and help you avoid the hassle!

If you’ve made it this far, you’re probably wondering whether or not recovering the data that you lost is worth it. The process is expensive, time-intensive, and complicated. It’s only worth going through with the recovery if you’ve lost things that you need, but many people don’t realize how many things are important. Here are…

An Israeli security firm has revealed that over one million Google accounts have been compromised by malware called Gooligan. The firm, Check Point, has been tracking this malware for over a year. That’s where malware And the removal of the Gooligan Virus come in. The Gooligan virus was first detected in the SnapPea application. SnapPea,…

Blue screens of death look a little friendlier than they used to, but that doesn’t make them any less aggravating. Now they come with nicely worded messages and maybe a progress bar, which beats out the impenetrable blank blue they used to be or the tightly packed streams of Courier text. The next time you…

Looking for a quick and affordable way to improve the performance of your laptop? One easy way to do this is to upgrade the Random Access Memory (or RAM) in your laptop, which could significantly improve your performance in many cases and give you a lot more leeway when it comes to multitasking. Most laptops…