When the power button is pressed on any type of modern, common, personal computing device, the system goes through various stages in order to arrive at what is commonly called the desktop  or home  screen of the computer — where programs or “apps” may be accessed including but not limited to Microsoft Office or Apple Safari. This is typically called the boot-up process.  At any stage of the boot process, something can go wrong, rendering the computer frozen if it does not outright shut down due to faulty hardware. The culprit component of a boot-up problem, although occasionally multiple problems, can be isolated with some time and patience, although it’s generally recommended seeking professional support due to the possibility of enlarging the problem by way of faulty tips, instructions, or general unfamiliarity with computer troubleshooting. 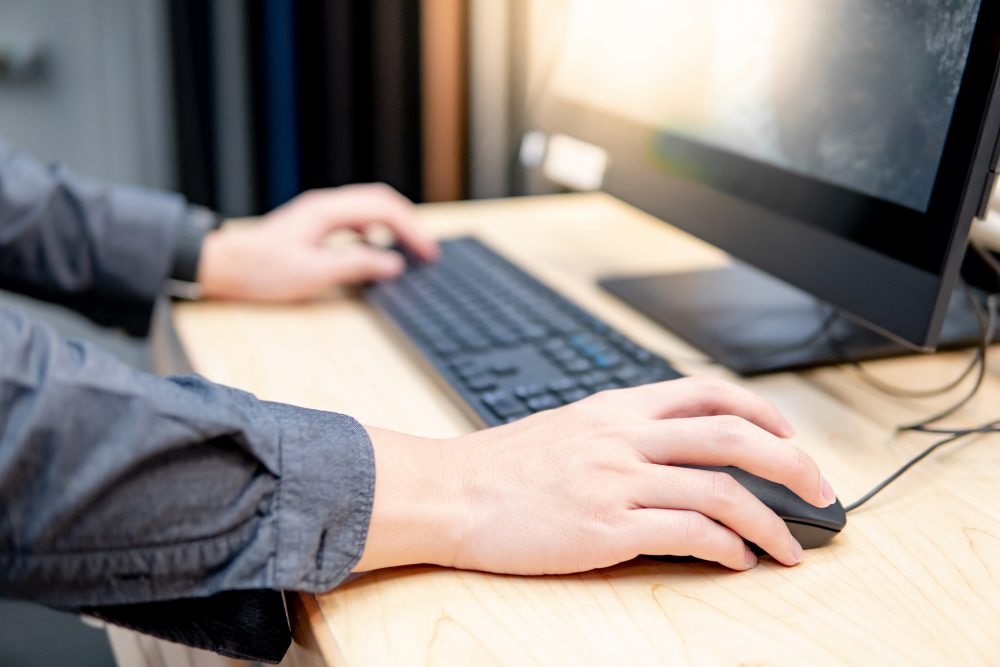 Assuming a working monitor, keyboard, and mouse, common places to check when troubleshooting start-up issues with a desktop computer are the power supply, motherboard, RAM, HDD/SDD (where software is installed), and corrupted operating system files. Swapping the current computer power supply out with one that is known to be both in working order and sufficient for the power needs of the computer can be done to see if it fixes the issue. A faulty computer motherboard can also be troubleshot by swapping out the power supply — if all other components are in working order and a new power supply is installed without fixing the issue, then the culprit is likely the computer motherboard — in some cases, they are not worth fixing although in others, could and should be repaired/replaced due to the high cost of replacing an entire system.  Checking for faulty RAM memory modules can be done by swapping out old ones for new ones — if the problem goes away then the culprit was evidently the RAM modules, although sometimes merely pulling the old modules out and carefully, correctly reseating them fixes problems — if two or more RAM modules are being used, removing the faulty one can fix the issue, although that could cause problems with the program or app being used if it requires a certain amount of RAM to operate.  If the hard drive storage (where the operating system is installed) is suspected as the culprit, there are a number of troubleshooting steps and approaches that can be taken to isolate it, but a common first step includes swapping it out with one that is known to be working and attempting to reinstall the operating system, although this is a relatively lengthy and sometimes complicated task and best left to somebody with experience. With all the hardware ruled out, checking for corrupted operating system (software) files would be the last and final step — a convenient and common way this can be done is by booting up a disc or USB drive, typically with the operating system’s files on it, after which running certain commands will scan and repair the files needed (on the hard drive) to bring the system to working order.

One of the first things that you will want to consider when planning to build your perfect PC is the form factor. The form factor is the size of your PC. For most desktop computers, you will be choosing between a standard ATX and a micro ATX form factor. There are even smaller standards, but…

Viruses, Trojan horses, and malware can cause devastating damage to your computer system and your data on it. If you’re infected, you could need to reformat your hard drive and reinstall your operating system, which would mean losing all of the information that you didn’t back up elsewhere. Luckily, it’s easy to get rid of…

Microsoft announced a new update for Windows 10 called the “Creator’s Update.” As expected, many PC users around the internet worry about the changes this will bring to their system. Some have even started preparations to prevent their system from updating. As Microsoft is known for changes to their system coming with numerous issues, this…

There is no doubt that the internet has become an integral part of our lives. It provides countless opportunities, from conducting business to staying in touch with loved ones. However, the internet poses a risk to our personal computers. In this blog section, we will discuss some of the most common ways your computer can…

Although assembling a desktop PC from scratch is easier than ever before, thanks to increasingly standardized and simplified interfaces, there are still some essential factors that first-time builders tend to overlook. While building your first PC presents a great opportunity to learn more about hardware and operating systems, you’ll need to plan carefully and make…