Have you ever considered switching to PC gaming? After all, while consoles are a good way to play your favorite games, many of these can be played on PC with even more features and options. While a PC is always going to be more expensive than a console, PCs are cheaper than ever to build. Today even a budget build can outperform consoles while offering more features, a longer lifespan, and much better options for upgrading: after all, not every part of a PC will need to be replaced every time you build a new machine! Furthermore, if the cost of a gaming PC is what worries you, since you probably already need a PC anyway you could spend a little bit extra cash on getting a more powerful PC that you can play games on in addition to use for work and other tasks instead of getting a console. 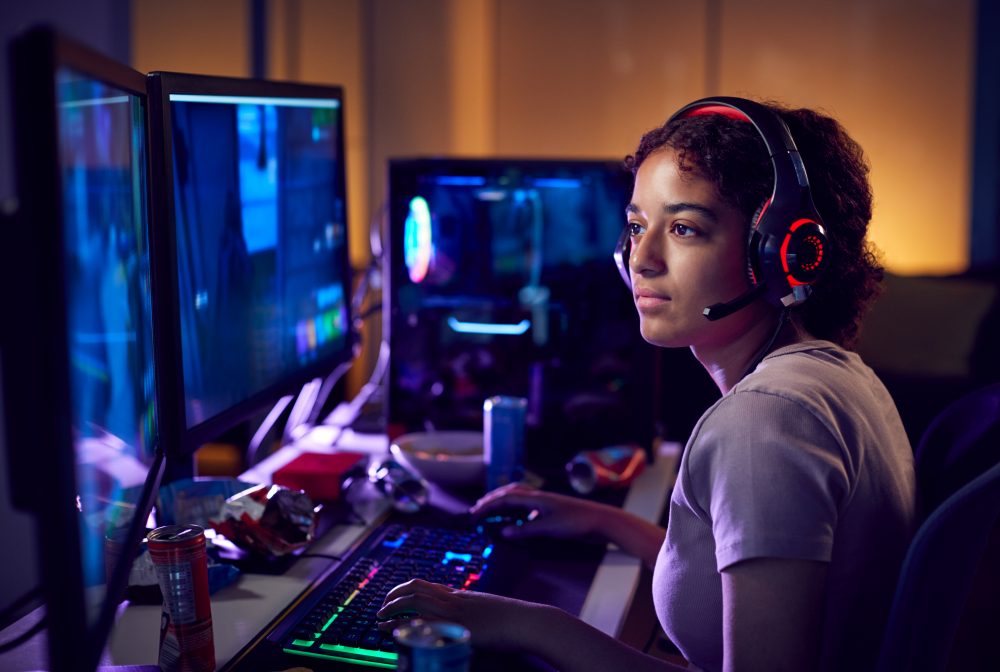 “Flexibility” in one word describes some of the major advantages of a PC. Flexibility in parts and upgrades means that you can build a PC with some parts for a budget around $500 and then upgrade that same machine over time to outperform every console on the market without having to replace everything. Flexibility in performance means that, unlike with a console, you can adjust the settings of your games to maximize performance and graphics. Why settle for 30fps at medium settings at 1080p on a console when a PC that isn’t too much more expensive can do 60fps with much higher quality graphics at the same (or higher) resolutions? Meanwhile, the computer itself is extremely flexible: not only can a Windows PC play games but it can also be used for work, browsing the web, chatting with friends across the globe, and innumerable other tasks- not to mention that you could even make your own games! There’s also flexibility of controls: on PC not only can you change what each button does, but you can also change what you’re using to play your games: you can use a keyboard and mouse, a joystick or steering wheel, console controllers, and much more – some of which are better suited for different genres than console controllers are. For example, a mouse and keyboard setup for a first person shooter is much, much better than a controller.

Unlike consoles, a PC offers true backwards compatibility. You can install games that are over twenty years old like Unreal and Half-Life and play them with little to no issues, and some other games that are older can work on your PC with some adjustments and workarounds. Even though some may need a little work to make them run perfectly on modern systems, this is already an improvement over consoles that do not allow much backwards compatibility (if any at all). A PC can offer a nostalgia trip at any time without having to pull out another old console or PC to play your favorite games of old.

For the most part, the exclusive games for the Xbox One and PlayStation 4 were somewhat lacking, whereas the PC has hundreds (if not thousands) of exclusive games and genres. For example, pretty much all strategy games are exclusive to the PC, like the Total War games and the Civilization games. A lot of indie games see good success on PC, too, whereas on console only a few have done particularly well. Furthermore a lot of older classic games are either PC exclusive or have their best versions on PC. Some good examples of this are the first two Thief games, the Half-Life series, the Unreal games, and Deus Ex- all of which are classics and feature either only PC versions (like the Thief games and some of Half-Life’s expansions) or feature vastly inferior console ports (like the PS2 ports of Deus Ex and Half-Life and Unreal Tournament’s Dreamcast and PS2 port).

While PCs are more expensive than consoles, they offer significantly better value for their utility, flexibility, backwards compatibility and the exclusive games and genres that find homes only on the PC.

Do you have any questions about PCs or PC gaming? Do you want help picking parts for a potential build, or do you want your computer built by our highly qualified professionals? Contact us today at one of our locations!

Has your computer performance been slow lately? If so, it may be time for an upgrade. The easiest part to upgrade that could boost your performance significantly is your RAM, or Random Access Memory. This acts as the temporary storage for applications that are currently running on your machine. Unlike your storage space, RAM is…

Screen damage is more common than you might think. Laptops are meant for being able to take them on the go. As such, they get dropped, banged into things, and objects fall on them. If your screen becomes damaged, you can look at a screen replacement to save you a lot of money. Save Money…

Has your computer been performing poorly lately? Is it slow and unmanageable, to the point where it is sometimes practically unusable? Or, perhaps, is it too slow to run some of the programs you would like to use, like editing software and video games? If so, it might be time for a new Central Processing…

If you work on your computer all day long, or use it often for enjoyment, then you most likely have a bond with it. So, when you notice things starting to go wrong with it, you start to worry. But there is no need for you to fear when you have a good computer repair company….