No matter what strange ritual your computer cord is demanding, it’s better to fix it now than try harder and harder halfway solutions until it finally fails when you need it most. Try these four fixes: 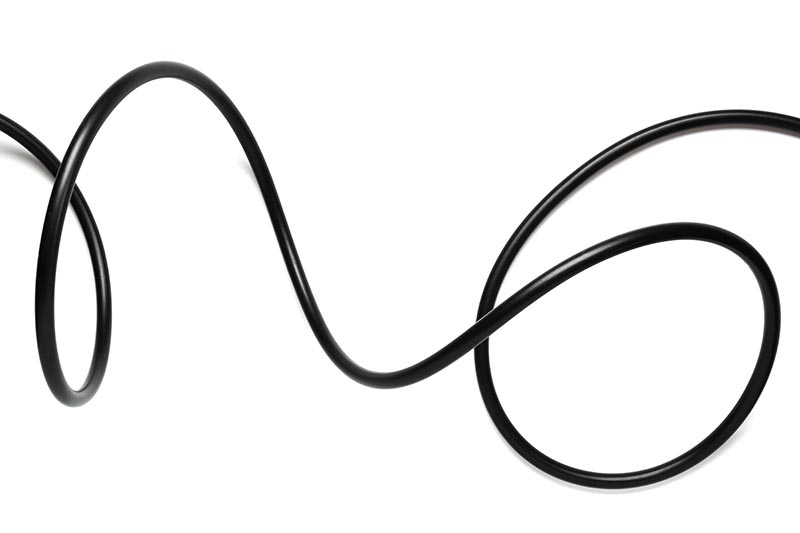 Just like the sockets in your home indicate, your charger’s plug has a larger prong and a smaller prong. Usually, it doesn’t matter which way you plug in a device. But sometimes it can make all the difference, especially if your prongs aren’t making a complete connection. Mark your charger so you always align the larger prong with the larger slot, and see if that creates a more consistent charge.

2. Put electric tape over those frays.

Charger cords see a lot of damage over their lifetimes. The ends get bent and twisted, the middle probably gets pinched and stepped on… Eventually, wires will start to fray or even pop out of the protective material. Cover the gaps with electrical tape. This material can stop tears in the rubber from growing and cover electrical wires. Use electrical tape specifically, never duct tape.

3. See if a new one solves the problem.

Wasting money on new supplies always seems like a cop-out. But if the problem is the charger, you have to get a new one. Even if the problem isn’t the charger, testing out a new one lets you cross potential problems off the list. Borrow one from someone who uses exactly the same cord as you do, or take it into an electronics store to see if they’ll let you test it out.

4. Take it in to see if the input jack is loose.

If it’s not the charger itself, it could be the input jack. Sometimes this internal part gets loosened or knocked to the side because it’s such a high-contact part. If your charger can’t make a good connection because the jack no longer lines up with the holes, it won’t charge. Luckily, this is something a shop can easily fix.

Browse our site for more DIY fixes or repair advice.

Batteries are getting better. Laptops can live for longer and handle more activity without draining the life out of them. But batteries aren’t perfect yet. Even if you have a great battery life per charge, there’s only so many full charges per battery before those cycles stop being so impressive. One of the best ways…

Data loss happens to everybody. It doesn’t matter how well you back up your files or how thorough you think your failsafes are; you will eventually suffer data loss. The important thing then is to have a plan for how you will deal with this data loss once it inevitably occurs. These tips should help…

Whether you’re a first-person shooter, a MMPORG raider, or a casual player who just wants to wallow in amazing graphics, a custom gaming PC may be the right solution for you. Many gamers prefer to build their own PCs, but you don’t have to be an electronics enthusiast to get the best new gaming desktop…

When your computer runs into issues, you should avoid the temptation to handle the situation by yourself. Contrary to what many people believe, hiring experts will be more budget-friendly. Professionals have the knowledge, experience and tools required to ensure the job is done properly. The experts will accurately troubleshoot the problems and provide a lasting…

Data problems can and will develop. There may be vulnerabilities in your cyber security that gives outside parties the opportunity to steal information. Older, archived files could start to degrade and become unreadable. Even not systematically tracking your data could lead to lost servers, deleted data, and decentralized filing systems. Part of keeping your data…

No! Accidents happen. Sometimes, they can’t be avoided. Accidents can happen to you, to others, or to your mission critical laptop! And since your trusty laptop is rife with important information like emails, contacts, documents — essentially the keys to your castle — you have just kept on dealing with it. It’s not too bad,…